Absorption time, minutes: 1-10, in difficult conditions up to 30

Drill-in fluid bridging agent based on oleophilic fillers, made from fractionated activated lignin. Compatible with all components of drilling fluids. Strengthens the filter cake in loose soils like sands and gravel. Used in high concentrations for lost circulation treatment.

Absorption time, minutes: Up to 2

Oil-saturated sorbents and sorbent products are used in the manufacturer’s production process.

Absorption time, minutes: Up to 2

Modified starch mud additive in the form of a powder, dissolvable in water and forming gel . Used for fluid loss control, strengthening of the filter cake and improvement of clay hydration inhibition.

Drill-in fluid additive for reducing the viscosity and improving the thixotropy of drilling muds, which also sensibly inhibits clay hydration. Highly effective in salt-saturated muds. In combination with S-Drill® Slide strengthens the filter cake in loose, sandy and sandy-clay soils.

The Synergy Horizon group of companies provides solutions for the Oil and Gas industry in relation to sorbents and drilling fluids. SynergySorb® sorbents and sorbent products are designed to prevent and eliminate oil leaks and oil spills. S-Drill® reagents are the components of drilling fluids based on oleophilic fillers for the well completion and drill in the reservoir zone.

The business started in 2011 when the company "SynergyCom" was established for deep processing the hydrolytic lignin in the Republic of Belarus. In the short time since its inception, the company has acquired its own base of raw materials for 25-30 years of work and has created a production site next to the raw stock. Processing the hydrolytic lignin is not a trivial task, and no working technical solutions existed at that time. By the beginning of 2013, the company’s team had developed and implemented the first working technology and had launched the pilot production line on its base. Then, with the help of specialised research institutes and engineering departments, the company developed a new technology. The lead-up to the launch of the first full-scale production line took 2 years from the initial ideas, laboratory experiments and large-scale experimental models.

Financing was achieved through investment capital from Cyprus – the only country in the Middle East that is a member of the European Union. In 2013, the business settled on a new global name – Synergy Horizon – reflecting the fact that the parent company Synergy Horizon Limited had been incorporated in Cyprus. The Russian Federation and the Middle East region, as the nearest major oil-producing regions, are the key markets for the company.

The company ensures the complete recycling of its waste sorbents by using them in the production process. The company is conducting research and development of a drilling mud product line with its team of talented professionals in the laboratory, which is unique for the country and outfitted with the latest equipment to assess the quality of drilling fluids according to the API system. The Synergy Horizon group of companies continues to expand its production facilities, sales and product lines.

The Synergy Horizon group of companies is expanding its production facilities, developing and implementing new technologies, doing active laboratory work in collaboration with different scientific research institutes and engineering departments, and expanding its own product line. 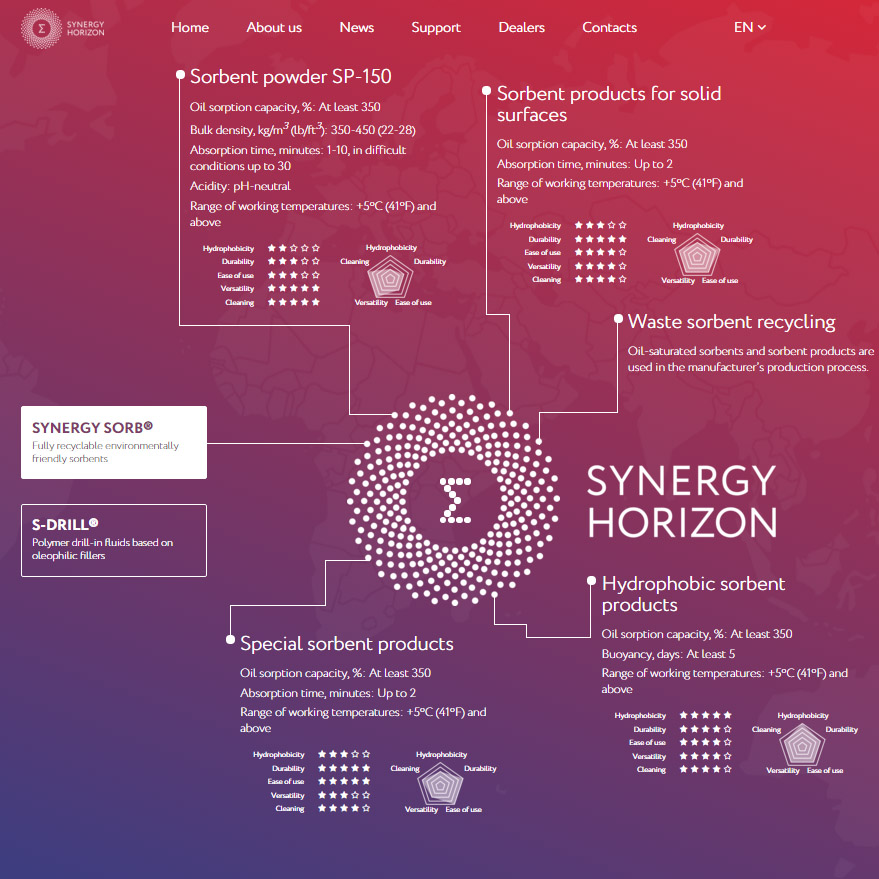 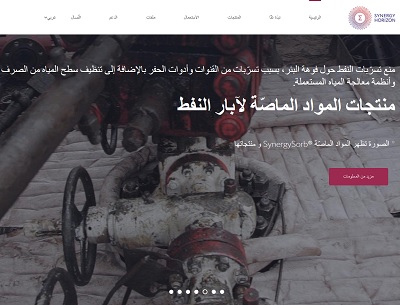 The Arabic version of the SynergySorb® website is launched

The Arabic version of the SynergySorb® website is launched for the Arabic markets. 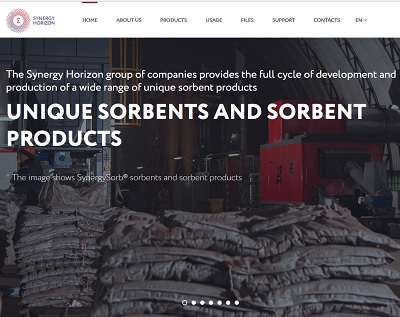 The English version of the SynergySorb® website is launched

The English version of the SynergySorb® website for the EU market and those of other world countries has been launched. 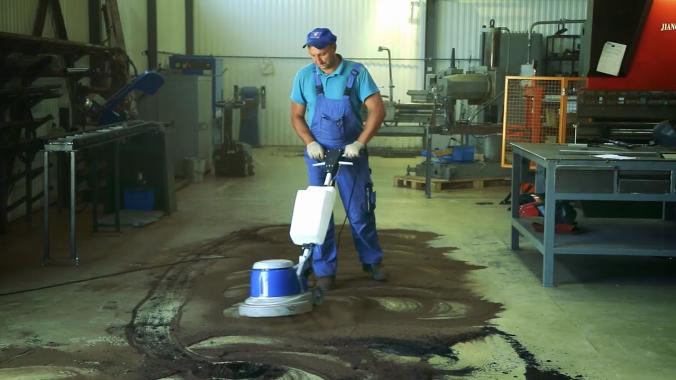 Mechanised auxiliaries for the industrial cleaning of oil and petroleum products from surfaces have been introduced and successfully tested.